Does cannabis have medicinal benefits? Many of the terpenes found within have been used for thousands of years for a variety of medicinal purposes.

Terpenes are aromatic, organic hydrocarbon compounds that are essentially the ‘building blocks’ of aromatherapy. Plants produce terpenes for a variety of reasons – as a defensive coating against disease pathogens and environmental stresses, to deter predators and pests, or to attract pollinators. Terpenes have a wide variety of effects, including anti-inflammatory, anti-microbial, anti-fungal, anti-depressant, anxiolytic, antiemetic, and neuroprotective properties.

In cannabis plants, terpenes are secreted by trichomes, the same resin glands that produce cannabinoids. The terpenes found in cannabis plants are no different from the terpenes found in other plants – for example, linalool from a lavender plant is the same, both molecularly and in effect, as the linalool found in certain cannabis strains. Terpenes are responsible for not only the wide variety of aromas and flavors found in different cannabis varieties but for the differences in effects as well. As our knowledge of terpene profiles grows, the traditional thinking around Sativa, Indica, or hybrid strains is giving way to a more nuanced way of understanding what effects a given variety will produce.

Pinene accounts for cannabis’s familiar odor. It is found in pine trees and orange peels and is most often associated with turpentine. Pinene is the most common naturally occurring terpenoid and acts as both an anti-inflammatory and a bronchodilator. Pinene has been used for centuries in the treatment of asthma.

Linalool is a precursor in the formation of Vitamin E and has a floral scent reminiscent of spring flowers, but with spicy overtones. Linalool is most often recognized for the floral scent it gives to lavender plants. It possesses sedative properties and is an effective anxiety and stress reliever. It has also been used as an analgesic and anti-epileptic. Linalool has been used for thousands of years as a sleep aid and is known to have anti-inflammatory properties.

Myrcene is found in mango, hops, bay leaves, eucalyptus, lemongrass, and many other plants. It is the most prevalent terpene and is found in most varieties of cannabis. Myrcene concentration dictates whether a strain will have an Indica or Sativa effect. Strains containing over 0.5% of myrcene produce a more sedative high, while strains containing less than 0.5% myrcene have an energizing effect. Myrcene allows cannabinoids such as THC to take effect more quickly. It is known to have anti-tumor and anti-inflammatory effects and is used in the treatment of spasms, insomnia, and pain.

Limonene has a strong citrus odor and bitter taste. It is a dominant terpene in strains with a pronounced Sativa effect. It is also found in the rinds of citrus fruits. Limonene aids in the absorption of other terpenes through the skin and mucous membranes and has been used to treat anxiety and depression. Limonene is known as an antifungal agent, ideal for treating toenail fungus.

Ocimene is frequently used in perfumes for its light, pleasant odor. In nature, this terpene contributes to a plant’s defenses and possesses antifungal properties.

Terpinolene is also found in oregano, marjoram, cumin, lilac, citrus, and conifers. It has been shown to exhibit antioxidant and anticancer effects in rat brain cells. Studies with mice show that terpinolene has a sedative effect when inhaled. Terpinolene is known for having anti-tumor, antibacterial, and antifungal properties.

Terpineol gives lilacs and other flower blossoms their sweet scent. It is known for its pleasant smell and is often used in soaps and perfumes. Terpineol is found in many cannabis varieties that have high pinene levels. It is known to have relaxing effects and to have antibiotic and antioxidant properties.

Caryophyllene is a powerful terpene found in basils, cloves, and black pepper. This terpene has a rich, spicy odor. It is the only terpene known to interact with the body’s endocannabinoid system (CB2). It produces anti-inflammatory and analgesic effects. Caryophyllene is well known for its anti-biological activity, and to be an antioxidant.

This terpene produces a flowery scent similar to roses. It is also present in geraniums and is a popular perfume additive. Geraniol is an effective mosquito repellent and shows a potential protective effect against neuropathy.

Humulene contributes to the hoppy aroma found in beer and cannabis. This terpene has been used for its medicinal benefits in Chinese medicine for thousands of years. It acts as an appetite suppressant and exhibits potent anti-inflammatory activity. 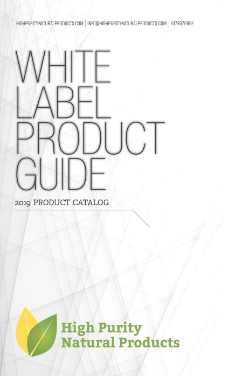